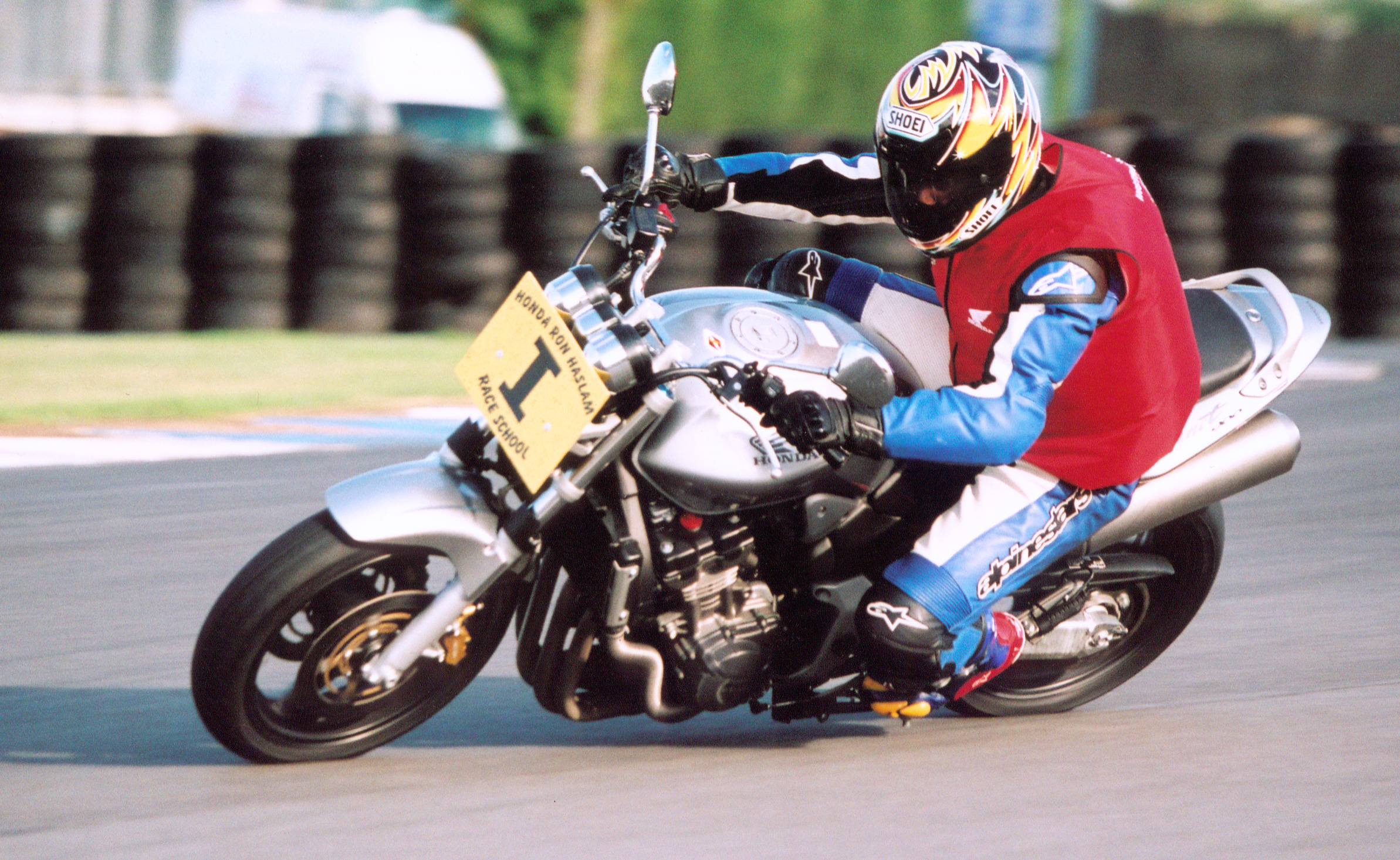 Ian has worked as an car and coach trimmer for 30 years gaining a reputation around Nottingham for the quality of his work and the level of service offered.

He has used his work to fund a career in Motorcycles racing at British Level for 29 years. Including Motorcross, British Super Sport 600, Supermatch Short Track

Ian raced Moto X all over Britain winning club races to National Championships, and braking a few bones along the way.

Damage to his knees, and the support of his sponsor lead Ian to Road Racing, where he went from Novice to British Super Sport 600 in 3 years, winning both club and national races.

I wouldn’t change a thing; enjoyed it 100%. I do however wish that British Sports would make it easier for racers such as myself and the friends I have made to gain sponsorship so that we can further develop our passion.

Ian has been an instructor with the Ron Haslam Race School for the past decade. His tutoring at the school allows him to give something back to the sport, as the courses help both starters and advanced riders/racers to develop their skills.